If the cylinder bores are distorted the piston rings cannot provide a perfectly tight seal against oil or combustion gases. The oil escapes past the rings into the combustion chamber, where it is burned. The increasing quantities of combustion gases streaming past the piston cause the pressure in the crankcase to rise. This overpressure causes oil loss at sealing points around the engine, particularly at the radial oil seals. Furthermore, oil is forced through the valve guides into the intake and exhaust ducts, from where it is then burned by the engine or eliminated.

For ribbed cylinders in particular:

For engines without cylinder liners in particular:

Distorted cylinder bores. Certain engines tend to become distorted when the cylinder head is installed. If these engines are bored and honed as normal, problems with distortion may arise later on during operation.

This type of damage pattern occurs when a hard oil carbon coating forms in operation on the piston top land as a result of burned oil and combustion residue (Fig. 3). This coating has abrasive properties, which lead to increased wear in the upper part of the cylinder in operation due to the reciprocal motion and the change of bearing surfaces of the piston. The increased oil consumption is not caused by the bright spots themselves, as the polished areas do not cause noticeable out-of-roundness of the cylinder, and the piston rings can still continue to perform their sealing duties. The lubrication of the cylinder is also unaffected, as it is still possible to retain enough oil in the open graphite veins of the cylinder surface despite the loss of the honing structure. When assessing this type of damage, it is important to note that, in this case, the bright spots all coincide with points in the cylinder that come into contact with the carbonised piston top land. If the bright spots are also present at other points, then the cause for the damage is more likely to be found:

The piston material has been squashed outwards, causing a significant restriction of the piston clearance in the cylinder bore. It is not possible to identify whether the hydraulic lock occurred while the engine was running or while it was being started. 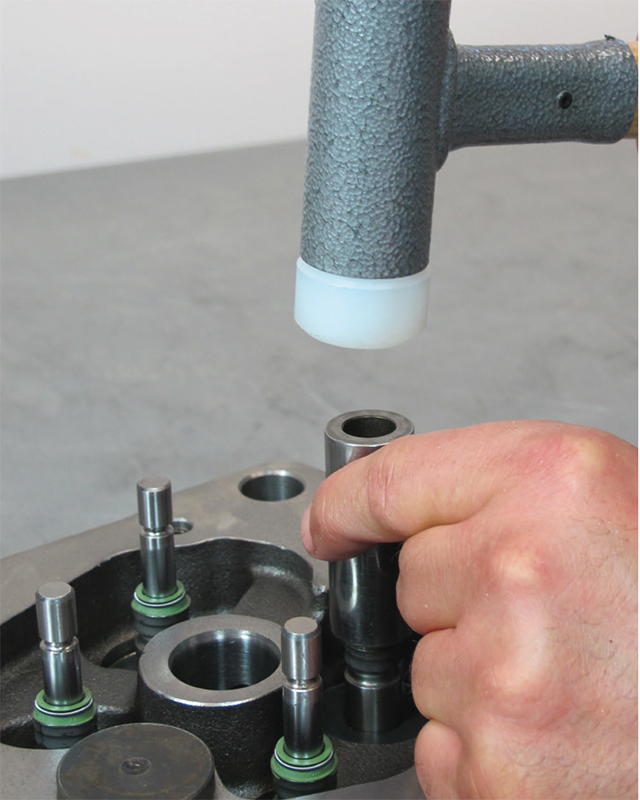 How are the cylinder heads replaced? Can used rocker arms still be used? How can you check used valves? And how do you measure the valve guide clearance? You can find out how to assemble the cylinder... 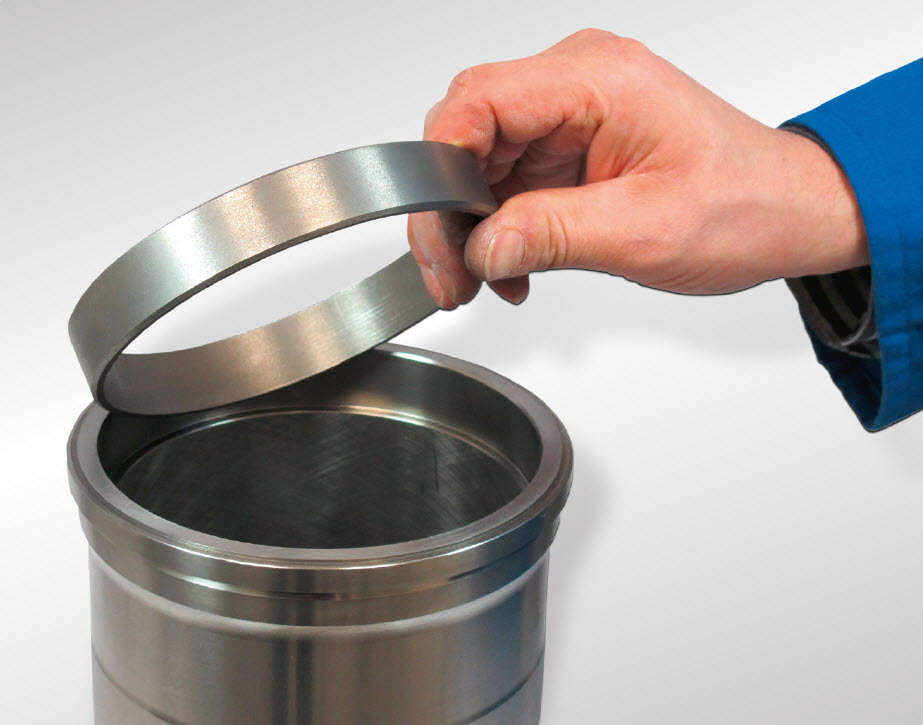 Cylinder liners with fire ring offer many advantages: A fire ring prevents a hard oil carbon deposit from forming on the top land. Find out what other advantages they offer, how a fire ring or oil... 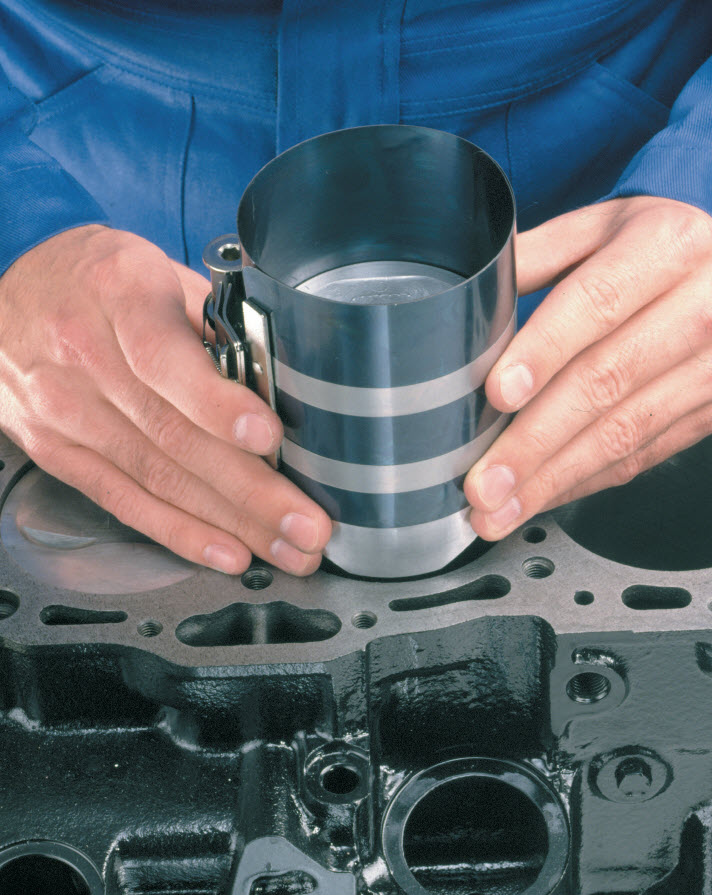 Inserting the piston into the cylinder bore